I have worked with OneDrive for a couple of years and find that it is VERY unreliable in most things that it purports to do.

My Onedrive on the desktop computer looks fine.

On multiple occasions, I have used the OneDrive mobile app to access files and found that the file does not exist on the cloud.  When I later check the sync status on the desktop, I find a variety of inconsistent sync icons within my files.

Inside many "sync complete" folders, there are files that are not marked with any OneDrive sync status.  They never get uploaded.
No changes on the desktop have been implemented on the cloud version for weeks !!!
The OneDrive app just keeps lying to me by oscillating between the "Sync Complete" and the "Looking for Changes"

Using a browser or the iOS app, I can change anything on the cloud and these changes are immediately implemented on my desktop.
No changes on the desktop are implemented on the cloud - ever.
See the video
The fix for the above covert OneDrive software failure, is the reset OneDrive.
When you restart OneDrive after the reset, you can point your OneDrive to the same folder previously used and it will offer to use this folder again. 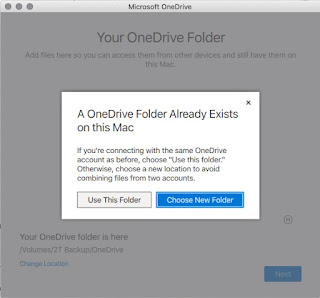 After choosing "Use this Folder", OneDrive will start at the beginning and check all local files against the cloud files.

In my case this checking takes about 48 hours to complete for my 700Gb of photos and files.
Of course, being OneDrive (i.e. pretty crap software), there is no file progress listing (as there is in GoogleDrive), so all that there is to look at is the gradual count down.  No indication re. which files are being uploaded/ downloaded/ deleted etc.
Just have to trust ?   Of course NOT !!  I make a full backup of the OneDrive before starting this little adventure.
I am writing this because this is the third time that this has happened in about 9 months.
I have paid for a year of Microsoft 1Tb at about $100 which included the Office 365 and sounded like a good deal.
But as I cannot trust OneDrive as a backup, I will have to cancel and move to a more expensive solution.  2Tb at GoogleOne for $150 and use GoogleOffice, LibreOffice or OpenOffice instead of Microsoft Office 365.  I have tried and rejected Apple iCloud ($180 a year for 2Tb) as it hides your files and makes them very hard to extract.  Dropbox ($184 / year for 2Tb) is the most reliable.  Perhaps I will try that.
On balance, OneDrive sucks.
Consider paying the extra for Google, Apple or even DropBox, or use a local backup and reset OneDrive every month or so.