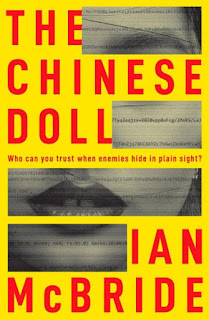 This topical thriller builds action from events that mirror the real situation in Australia in 2023.

The mobilization of the Chinese diaspora through intimidation is well documented in the real world and portrayed here sympathetically.

This does not diminish the threat to national security that follows from such manipulation.

The story arc of the reluctant spy is well written and very believable.

The thriller narrative steadily builds pace until  the first resolution.

The final third of the book then evolves seamlessly into a riveting action sequence.

Perfect script for a great movie… but has the film industry got the guts to stand up to the inevitable political and economic punishment that could follow ?

Apologists for the Chinese Communist Party (CCP) often assert in the press and at the dinner table that the threat is exaggerated, or a colonial, cold war or even a racist throwback.  But when challenged to publicly express any criticism, they almost always dissemble and use euphemisms rather than plain language: "certain foreign actors", "overseas elements".

The fact is that the CCP is a fascist (yes, this word fits here as well as it did for the other "national socialist workers parties" like Russia and Germany) totalitarian colonial power eager to increase it's empire through military force.

As in the Chinese Doll, ethnic chinese are often victims of the CCP and driven to lip service or, worse - supportive actions by the sense of inevitability flowing from the control of 1.4 billion voices.